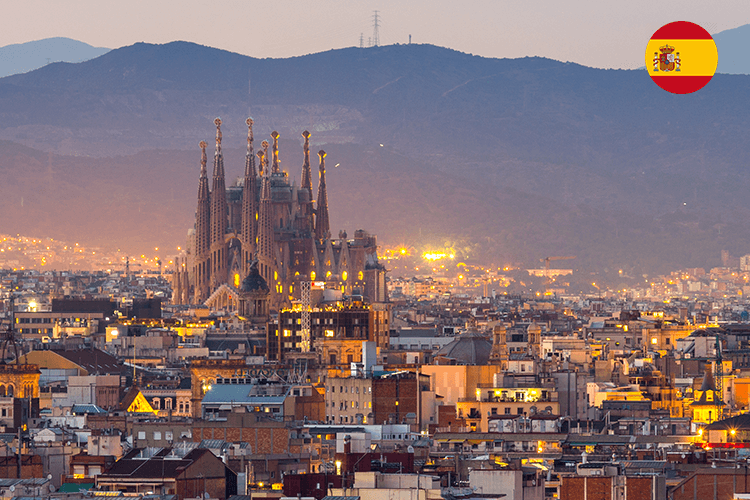 Spain is one of the world’s most famous countries. Its unique culture and widely spoken language have helped the people of the globe draw a glittering image of the European nation.

The country is well known for its natural beauty, its mouthwatering cuisine, its lavish architecture, and its diverse heritage. Spain has seen cultures from the Roman Empire, Early Muslim Caliphate, Goths, Nordic nations, and others aid in creating a country so diverse and rich in history that is has become a unique and stunning touristic destination.

A Land of Beauty

Sandwiched between the Atlantic and the Mediterranean, Spain is never lost for choice when it comes to natural allure. From its charming mountain ranges to its pristine shores, the country has everything to offer for nature lovers.

Those who prefer the excitement of bustling cities are not short for choices either, as bustling cities such as the Capital Madrid, Barcelona, Marbella, Seville, and many others offer marvelous architecture and skylines.

A Land of Royalty

Spain has maintained its status as a leading country through a strong political system, booming economy, and a high standard of living.

A Land of Investment

Spain has always been, and still is, a great destination for investment. Its abundance of natural resources along with a highly skilled population of a bit above 46 million people make a great place for business.

Its tax rate of 24% is enticing as well in comparison to other countries such as the USA and Netherlands among others. Savvy investors know that investing in Spain has the potential to yield gargantuan profits.

The country’s focus on technology, communication, manufacturing, life sciences, and real estate development has made it a haven for startups and large corporations alike.

A Land of Potential

Being one of the world’s leading nations, Spain is a great destination to unlock you and your family’s potential. Many immigrants choose Spain as their destination and it is no wonder why; as you will be hard-pressed to find a country that offers you the same living standard and life styl.

For those interested in Spain, the charming country does have its golden visa, through which it offers investors and their families residency permits if they invest Euro 500,000 in property. If you would like to know more about the golden visa, or visa dorada in Spanish, fill out the form and one of Reach Immigration’s consultants can help you begin your journey to the land of setting sun.