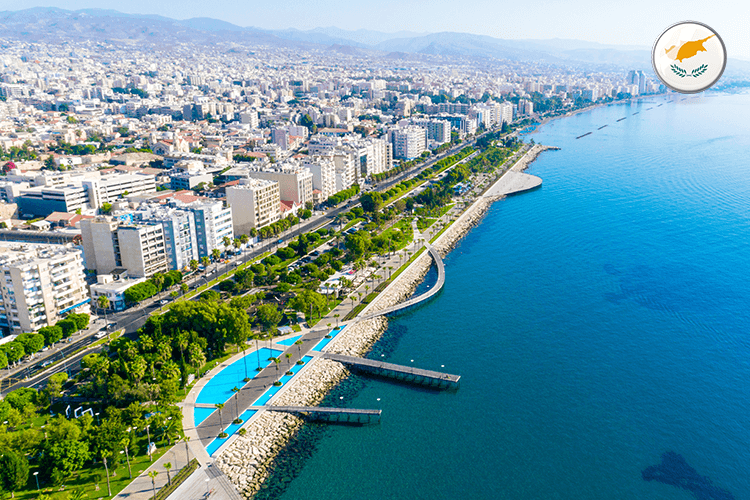 One of the largest islands in the Mediterranean, Cyprus has always held a special strategic location; connection west to south and north to east, it has been a diverging point for civilizations throughout history.

The beautiful island nation overflows with culture, heritage, and natural wonders. Cyprus has long been one of the world’s hottest tourist destinations, and for good reason; the nation’s beauty is unparalleled throughout the globe and its multi-cultural inhabitants welcome foreigners from any destination.

The capital Nicosia, situated in a marvelous mountainous setting, is one of the oldest cities in the world. You will find beautiful architecture, mouthwatering cuisine, and enjoyable activities throughout. The seaside cities of Limassol and Paphos offer a more relaxed setting, as sparkling beaches stretch along them providing onlookers with stunning views rarely matched throughout the world.

While large in size, the country’s population is quite compact at a bit over 1.2 million people. This in turn gives Cyprus a more cozy feel to it and experiences less traffic and noise than its European counterparts.

Cyprus’s unique location gives it a similarly unique climate, as its populace enjoys hot summers on pristine beaches as well as warm winters in bustling cities. Cyprus is a great destination for visitors all year round, which makes it a favorite among neighboring country tourists.

As Cyprus has long been a thriving country, immigrants have flocked in since millennia ago. The current Cypriots come from a long line of immigrants as well as first inhabitants, meaning that the country bursts with cultural diversity.

Although the main language spoken in Cyprus remains the Greek language, a large number of its population are fluent in Turkish as well; not surprising considering the proximity and strong ties Cyprus has enjoyed with both Greece and Turkey.

English is widely spoken by virtue of the nation’s focus on attracting more tourists every year.

Cyprus’s location has identified it as a trading hub. The country’s focus on sectors such as real estate development and tourism has made it a favored destination for investors who look for smart and safe investments.

The country also has an abundance of natural resources, as it is one of the world’s leading gypsum and cement producers, something which goes hand in hand with a strong real estate market.

Cyprus has long prided itself on its ability to produce stunning architecture through a wonderful landscape, giving the country a portrait-like visual for visitors.

Investors choose Cyprus not only for investment purposes but because the EU nation’s tax regime is quite favorable compared with other EU countries. Cyprus has an income tax system based on brackets, ranging from 20% to 35%, meaning it provides more for less to its citizens.

It Offers Citizenship by Investment

For those interested in investing in the Cypriot real estate market through buying the summer villa or retirement home, Cyprus has one more surprise in its back pocket; it offers citizenship or residency to those investors.

If you would like to become an EU citizen, or enjoy the perks of a second residency in one of the world’s most breathtaking countries fill out our form and we can walk you through the process.