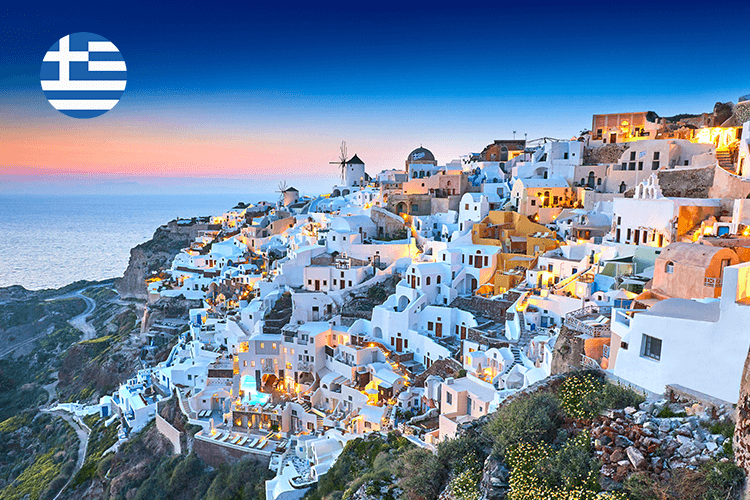 The European nation of Greece, considered the birthplace of democracy, is one of the most stunningly beautiful countries in the world.

A nation that prides itself on its unique history and culture, Greece has long led the world in science, medicine, art, philosophy, politics, and innovation. The Greek capital of Athens is one of the world’s most historically significant cities in the world; as it is the documented birthplace of democracy and the leading nation in human rights.

To this day, the Greek populace of approximately 11 million people pride themselves on the unique history of their mother nation, and strive to build upon it. Yet Greece’s allure does not stop there, with the country having much more to offer than its history.

The cities of Athens and Corinth, along with the islands of Santorini, Mykonos, and Crete attract endless numbers of tourists each year. The Greek charm has made it into one of the world’s most coveted tourist destinations in the world.

Whether you look for busy city life like in Athens or Thessaloniki, or a more laid-back environment such as in Cephalonia or Delos, you will find exactly what you are looking for in Greece.

Greek Healthcare One of The World’s Best

It is no surprise that the home of Hippocrates, the originator of the Hippocratic Oath all doctors take, boasts one of the most advanced healthcare systems in the world.

The Greek government gears tremendous efforts into providing its subjects with healthcare that has become the envy of much of its European counterparts, not the mention the world.

Greece’s tax ranges from 22% to 45% on a bracket system. For foreign retirees however, that tax goes down to a 7% flat rate, one of the lowest in Europe.

Greece acknowledges that retirees want to spend their free time in a beautiful country with enough activities to keep them busy, and fitting that description Greece decided to go one more step ahead and make life for foreign retirees even more affordable.

Greece Has A Golden Visa

For those looking to immigrate to the beautiful nation, they need not look further than the Greek Golden Visa.

The golden visa offers people who purchase property in Greece for no less than 250,000 Euro the chance to obtain residency cards for themselves and their family members; making immigration to Greece easier than ever before.

Reach Immigration offers investors the chance to invest in one of the world’s most outstanding countries, so if you would like us to tell you more about Greece contact us directly and one of our consultants will get in touch with you.